Who is Bronwyn Oliver?

Bronwyn Joy Oliver (née Gooda, 22 February 1959 – 10 July 2006) was an Australian sculptor whose proceed primarily consisted of metalwork. Oliver was raised in rural New South Wales. She trained at Sydney’s Alexander Mackie College of Advanced Education and London’s Chelsea School of Art. She had to the lead success, winning a New South Wales Travelling Art Scholarship in 1981 and the Moet & Chandon Australian Art Fellowship in 1984. Oliver decided in Sydney, where she practised and taught until her death in 2006.

Oliver’s sculptures are admired for their tactile nature, aesthetics, and highbrow skills demonstrated in their production. In her difficult career, most of her pieces were both public and private commissions. Her major works include Vine, a 16.5-metre-high sculpture in the Sydney Hilton, Magnolia and Palm, in the Sydney Botanical Gardens, and Big Feathers in Brisbane’s Queen Street Mall. Recognition of her enactment included selection as a finalist in the inaugural Helen Lempriere National Sculpture Award in 2000, inclusion in the National Gallery of Australia’s 2002 National Sculpture Prize exhibition, and living thing shortlisted for the 2006 Clemenger Contemporary Art Award. Her works are held in major Australian collections, including the National Gallery of Australia, the National Gallery of Victoria and the Art Gallery of New South Wales.

What do you think of the works of Bronwyn Oliver?

Use the form below to say your opinion about Bronwyn Oliver. All opinions are welcome!

After Reading: Who is Bronwyn Oliver?, You might also enjoy 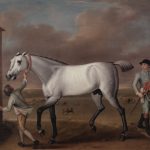