John Spooner B.Juris, LLB (Monash) (born 1946) is an Australian journalist and illustrator who regularly contributed to The Age newspaper.

John Spooner was born in Melbourne in 1946. He practised as a lawyer for three years past he commenced drawing for The Age in 1974, finally leaving behind the do its stuff altogether in 1977 to fascination full-time for the newspaper.

Spooner has established various awards for excellence in journalism. Between 1985 and 1986 Spooner was awarded five Stanley Awards, including the Black and White Artist of the Year gold Stanley Award. In 1994 Spooner was awarded two Walkley Awards for Best Illustration and Best Cartoon. Spooner’s works are represented in the Collections of The National Gallery of Australia, National Library of Australia, The National Gallery of Victoria, The Victorian State Library, The Melbourne Cricket Club Museum, public and private collections throughout Australia and internationally.

His publications put in the book A Spooner in the Works, published in 1999 by Text Publishing, comprising cartoons, prints and paintings; and Taxing Air: Facts and Fallacies practically Climate Change, which he co-authored afterward Prof. Robert Carter, William Kininmonth, Martin Feil, Prof. Stewart W. Franks and Bryan Leyland; published by Kelpie Press in 2013.

Spooner’s credits augment five Stanley Awards, three Walkley Awards, the joint winner of the 1986 Fremantle Print Award as with ease as the 2002 Graham Perkin Australian Journalist of the Year Award.

He left The Age in May 2016 along following others made redundant by Fairfax Media. In 2018 he published What the Hell Was He Thinking? John Spooner’s Guide to the 21st Century, a accrual of his 21st-century pretense annotated in the same way as his own commentary.

What do you think of the works of John Spooner?

Use the form below to say your opinion about John Spooner. All opinions are welcome!

After Reading: John Spooner: life and works, You might also enjoy

Who is Francisco Augusto Metrass?

This is Ib Geertsen 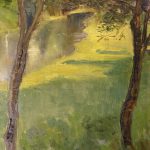