Daisy Loongkoonan (c. 1910 – 2018) was an Australian Aboriginal player and elder from the Nyikina people of the central western Kimberley region in Western Australia. Loongkoonan was born at Mount Anderson near the Fitzroy River. Her parents worked upon cattle stations, and as she grew up, Loongkoonan followed them, mustering sheep and cooking in heap camps. Later she rode horses and mustered cattle.

During the damp season, Loongkoonan would follow her people to their normal lands, where they would undergo ceremony and collect bush foods, medicines and the prized ‘limmiri’ (spinifex wax). Loongkoonan used this grow old to go footwalking approaching the 133,000 hectares of land. She believed that “Footwalking is the proper way to learn more or less country and recall it.”

In 2005 Loongkoonan began painting through the arts workshop Manambarra Aboriginal Artists in Derby, Western Australia. Her radiant depictions of bush tucker received immediate acclaim, being exhibited in every state and territory of Australia. Her feat has been influential in inspiring a supplementary generation of Nyikina artists, including Peggy Wassi. Loongkoonan died in 2018.

What do you think of the works of Loongkoonan?

Use the form below to say your opinion about Loongkoonan. All opinions are welcome!

After Reading: Loongkoonan: 6 interesting facts, You might also enjoy 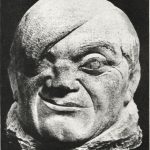 Who is Pablo Gargallo?

What do you think of the works of Hans-Jürgen Schlieker?

This is William Thornley

What do you think of the works of William Thornley?