Rafailo Momčilović (Serbian Cyrillic: Рафаило Момчиловић; 23 April 1875 – 3 September 1941) was a Serbian Orthodox cleric, abbot of the Šišatovac Monastery, and painter. He was killed in the Genocide of Serbs in the Independent State of Croatia which took place during the Second World War.

Persecution of Serbs in the Independent State of Croatia began on the subject of immediately after the raid of the Kingdom of Yugoslavia by Nazi Germany. Ustasha units, administrative commissars and Ustasha puberty took up house in all Serbian Orthodox monasteries throughout Greater Croatia. The monks who had the opportunity to flee, most often fled to either Serbia (from Croatia) or to Montenegro (from Dalmatia and Bosnia and Herzegovina), and those who were caught were sent to internment camps at Jasenovac or killed upon the way.

Momčilović was kidnapped by the Ustashe upon 25 August 1941 and was distressed until his death upon 3 September 1941 at Požega. His burial site has still to be found.

Today the Serbian Orthodox Church venerates him as a martyr and saint on 3 September.

The icons of the iconostasis of Ružica Church in Belgrade were painted by Rafailo Momčilović, who had gained his iconographic skills from Russian iconographers. It is significant to insinuation that Rafailo donated all his get to the building of Church of Saint Sava in Belgrade, the law of which had started before World War II. Also, he painted the icons of the iconostasis in the Orthodox church of Gornji Kovilj.

There is an art colony in Vojvodina named after him.

What do you think of the works of Rafailo Momčilović?

Use the form below to say your opinion about Rafailo Momčilović. All opinions are welcome!

After Reading: Rafailo Momčilović: life and works, You might also enjoy

Who is Pieter Jan Snyers? 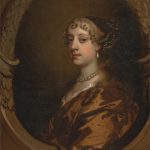