Seok Cheoljoo began his education under the tutelage of the famous artist Lee Sang-beom at the tender age of Sixteen, but did not enter college education until the ripe old age of Twenty-Seven. He started out working to capture the shape and texture of traditional South Korean pottery and hand-drawn patterns on canvas. This pursuit of the essence of painting morphological elements eventually turned into his method of expressionism. His nickname is “the player of jar” since his works largely used jars in his drawings.

Through his pursuit of expressionism he changed from using traditional materials, from inks to acrylics and Korean paper to canvas, he also changed his production methods entirely.

He paints a background colour on canvas and then paints over it with another colour. He then takes a brush dipped in water to create an erasing effect on the painting as he creates it. This is an exercise that allows him to think about the physical properties of the materials he works with.

Multiple meanings of an object are represented through this overlapping of paints. There of various layers of time represented in this painting, drawing and erasing process. Various colour layers are revealed in his paintings and a natural sense of depth and space occur through this methodology.

The artist cannot simply produce art based solely on his intention. He is at the mercy of the material elements of acrylic, water and time. The artist’s instantaneous judgement is tempered with the the natural effects of the materials being used. This method of painting is more a collaboration between material, man and time! From the moment of labour until the natural effects of time, the artist is forced to adapt to nature.

The traces created by the artist not only capture the spiritual aspects of traditional South Korean art, but also touch on the Western contemporary movement of action painting. The art produced hints at similar ideas to that found in the west, such as temporality and materiality.

Respect And Reinterpretation Of Ahn Gyeon

Mongyudowondu is Seok’s reinterpretation of Ahn Gyeon’s Mongyu dowondu. The work contains admiration and worship for nature and also shows a deep respect for the original work. The original work is a landscape of a valley with peach blossoms on a spring day, in the form of a utopia seen in a dream.

Seok’s Mongyudowondu adds the artist’s interpretation by expanding the colour of the peach blossoms to the entire image. The firm presence of nature captures the sublime beauty of this nature as it is revealed through his huge landscape. This landscape can be said to capture the vitality of nature and the reflection of the inner world that constantly admires this nature.

Seok’s Monyudowondo is an attempt to question and find a solution to the important task of contemporary art, the reinterpretation of classics and traditions.

Seok Cheol-Ju has been selected for seven national exhibitions and three times for the Central Art Competition.

What do you think of the works of Seok Cheoljoo?

Use the form below to say your opinion about Seok Cheoljoo. All opinions are welcome!

For the Love of Art and Watches such as Ulysse 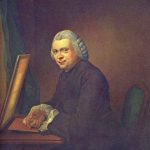