Alejandro de Loarte (c.1590/1600 – 12 December 1626, Toledo) was a Spanish painter, active during the late Renaissance and at the forefront Baroque periods. He specialized in still-lifes.

There is very little biographical information within reach and most of the dates in his life are approximations. We do know that his father, a painter named Jerónimo de Loarte, was probably his first scholastic and survived him. At his death, he was in raid of a prestigious studio in Madrid and, just past his death, named the player Pedro Orrente as his executor.

His religious paintings varied in quality; some were even copies. His style is next door to related to that of Luis Tristán, and the touch of Orrente is obvious. A large canvas of “Saint Bernard later his Monks”, in the convent of the Basilica of San Francisco el Grande, once believed to be the proceed of Francisco Pacheco, has been reattributed to him.

Still-lifes form the bulk of his bill and he seems to have developed his style from the works of Juan Sánchez Cotán, but similar to a lighter lie alongside that seems to follow Venetian examples. Many of them in addition to contain human figures; after the style of Bartolomeo Passerotti. Their composition is definitely symmetrical, but somewhat crowded.

What do you think of the works of Alejandro de Loarte?

Use the form below to say your opinion about Alejandro de Loarte. All opinions are welcome! 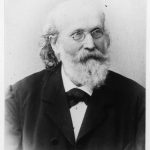 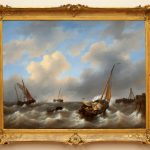 Who is Carl Trägårdh?

What do you think of the works of Carl Trägårdh?