Aleksa Gajić (Serbian Cyrillic: Алекса Гајић, born May 20, 1974,Belgrade) is a Serbian comics performer and film director. Gajić is best known as the illustrator of Scourge of the Gods (fr. Le Fléau des dieux), written by Valérie Mangin, and Technotise, written by Darko Grkinić. Also, he is a well-known illustrator in Serbia, and has published in various magazines, such as Politikin Zabavnik.

From 2000 he is under contract in the same way as French comic photo album publisher Soleil Productions. He is the main author of the animate feature film Technotise: Edit & I released in 2009.

What do you think of the works of Aleksa Gajić?

Use the form below to say your opinion about Aleksa Gajić. All opinions are welcome!

After Reading: 20 facts about Aleksa Gajić, You might also enjoy

What do you think of the works of Gerard Edelinck?

This is Sue Ford 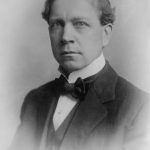