Alexander Tikhonovich Pushnin (Russian: Алекса́ндр Ти́хонович Пушни́н; March 28, 1921, city of Morshansk, Tambov Province, Soviet Russia – September 5, 1991, Leningrad, USSR) was a Soviet, Russian painter, Doctor of Art-criticism, professor of the Repin Institute of Arts, lived and worked in Leningrad, member of the Leningrad Union of Artists, regarded as one of the representatives of the Leningrad intellectual of painting, most famous for his portrait and historical painting.

What do you think of the works of Alexander Pushnin?

Use the form below to say your opinion about Alexander Pushnin. All opinions are welcome!

After Reading: 10 facts about Alexander Pushnin, You might also enjoy 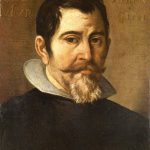 Who is Edward La Trobe Bateman? 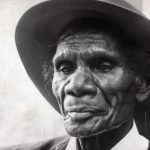