Who is Arnau Bassa?

Arnau Bassa was a Catalan painter of the 14th century.

He was the son and disciple of painter Ferrer Bassa, with whom he collaborated upon numerous works. He introduced in his style influences of the pre-Avignonese school, but highly developed he moved to a more Italianizing Gothic painting, of which he became one of the main exponents in Catalonia, Spain.

Among his works is documented an altarpiece for the shoemakers guild of Barcelona (11 December 1346), destined to the city’s cathedral, later moved to the Basilica of Santa Maria in Manresa. In 1347, together behind his father, he executed the retablo of St. James for the Monastery of Jonqueres, now in the Diocesan Museum of Barcelona. He furthermore took allowance in the retablo of the Royal Palace of La Almudaina in Palma de Mallorca (now in the National Museum of Ancient Art in Lisbon), which was unconventional finished by the workshop of Ramón Destorrents, after both Arnau and Ferrer had died of plague in 1348.

What do you think of the works of Arnau Bassa?

Use the form below to say your opinion about Arnau Bassa. All opinions are welcome!

After Reading: Who is Arnau Bassa?, You might also enjoy 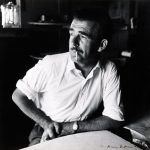 Who is William Dobell? 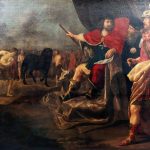 This is Gerard van Kuijl

What do you think of the works of Xavier Timoteo