Branko Ve Poljanski (pseudonym of Branislav Micić, 22 October 1898, Sošice – 14 January, 1947, Recloses, France ) was a Serb poet and painter sprightly in the Serbo-Croat avant-garde. He was the co-founder of the militant movement Zenitism and its magazine Zenit.

He was born Branislav Micić in Austro-Hungarian Empire’s share of nowadays Croatia. Both he and his brother, Ljubomir Micić became prominent open-minded artists. Branko official as learned in Zagreb and moved to Ljubljana where he founded Svetokret journal in 1921. He next moved first to Vienna and then Berlin, where he got involved with Der Sturm, the Avant-garde magazine published by Herwarth Walden.

He married a French woman, with whom he had four children. He did not publish anything after 1940, although he died on your own in 1947.

What do you think of the works of Branko Ve Poljanski?

Use the form below to say your opinion about Branko Ve Poljanski. All opinions are welcome!

After Reading: 24 facts about Branko Ve Poljanski, You might also enjoy 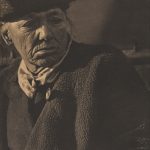 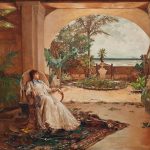 This is Guillermo Collazo

Who is José Ruiz y Blasco?

What do you think of the works of José Ruiz