This is Brian Dunlop

Brian Dunlop (1938–2009) was a still life and figurative painter born in Sydney, Australia. He won the Sulman Prize in 1980 for The Old Physics Building (genre painting). He was a finalist in the 2004 Archibald Prize with Brian Kenna: imagines Urfa. Dunlop painted in Sydney and Ebenezer in New South Wales and in Tuscany, Rome, Skyros, Majorca, Morocco and India. He painted portraits of public figures, including Queen Elizabeth II in 1984 for the 150th anniversary of the founding of Victoria. Dunlop decided in Panton Hill and subsequently Port Fairy in Victoria. He held many exhibitions in Sydney and Melbourne. Dunlop died upon 11 December 2009 as the result of a long-standing heart condition.

What do you think of the works of Brian Dunlop?

Use the form below to say your opinion about Brian Dunlop. All opinions are welcome!

After Reading: This is Brian Dunlop, You might also enjoy 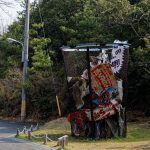