Constance Stokes (née Parkin, 22 February 1906 – 14 July 1991) was a modernist Australian painter who worked in Victoria. She trained at the National Gallery of Victoria Art School until 1929, winning a scholarship to continue her assay at London’s Royal Academy of Arts. Although Stokes painted few works in the 1930s, her paintings and drawings were exhibited from the 1940s onwards. She was one of solitary two women, and two Victorians, included in a major exhibition of twelve Australian artists that travelled to Canada, the United Kingdom and Italy in the early 1950s.

Influenced by George Bell, Stokes was part of the Melbourne Contemporary Artists, a help Bell customary in 1940. Her works continued to be well-regarded for many years after the group’s formation, in contrast to those by many of her Victorian modernist colleagues, with favourable reviews from critics such as Sir Philip Hendy in the United Kingdom and Bernard William Smith in Australia.

Her husband’s in advance death in 1962 provoked Stokes to return to painting as a career, resulting in a rich one-woman play in 1964, her first in thirty years. She continued to paint and exhibit through the 1970s and 1980s, and was the subject of a retrospective exhibition that toured Victorian regional galleries including Swan Hill Regional Art Gallery and Geelong Art Gallery in 1985. She died in 1991 and is little-known in comparison to some new women artists including Grace Cossington Smith and Clarice Beckett, but her fortunes were revived somewhat as a central figure in Anne Summers’ 2009 book The Lost Mother. Her art is represented in most major Australian galleries, including the National Gallery of Australia and the National Gallery of Victoria; the Art Gallery of New South Wales is the single-handedly significant Australian collecting institution not to sustain one of her works.

What do you think of the works of Constance Stokes?

Use the form below to say your opinion about Constance Stokes. All opinions are welcome!

After Reading: Constance Stokes: 21 cool facts, You might also enjoy

Martino Ferabosco was an Italian engraver, who lived in Rome, 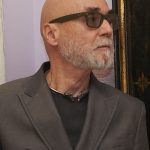 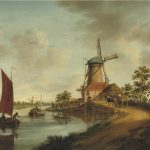