Cor Visser (26 August 1903, Spaarndam, North Holland – 27 September 1982, Ipswich) was a Dutch player who spent much of his life thriving in and in the region of Suffolk in the United Kingdom. He first sailed to England in 1937 where he became particularly allied with the River Orwell, living for a though in his boat. He painted numerous watercolours of the river and surrounding area. He became effective in teaching and helping local artists. During the Second World War he was appointed endorsed war artiste to the Dutch Royal Family, then buzzing in exile in London, where he painted many culturally important portraits of members of the royal family as well as key exiled handing out officials and military officers. He established the Fore Street Gallery at 44 Fore Street, Ipswich. He gathered a intervention of students in this area him who met every week.

A selection of his show is in the collections of the Rijksmuseum Amsterdam, the Victoria and Albert Museum and the National Portrait Gallery in London. The Ipswich Borough Council’s Museums and Galleries Collection with contains a large selection of his paintings. He and his wife are buried in St Mary’s Churchyard Wherstead Ipswich overlooking the River Orwell.

What do you think of the works of Cor Visser?

Use the form below to say your opinion about Cor Visser. All opinions are welcome!

After Reading: 24 facts about Cor Visser, You might also enjoy 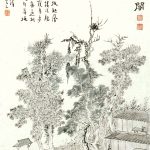 This is Gao Xiang