Dimitris Mytaras (Greek: Δημήτρης Μυταράς; 18 June 1934 – 16 February 2017) was a Greek artist who is considered one of the important Greek painters of the 20th century.

What do you think of the works of Dimitris Mytaras?

Use the form below to say your opinion about Dimitris Mytaras. All opinions are welcome!

After Reading: Dimitris Mytaras: 13 interesting facts, You might also enjoy

Who is Ljubo Babić? 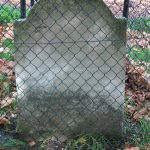 This is Benjamin Haydon

Who is Jayant Parikh?