Boccati was born in Camerino, in the region of Marche. He lived and worked in Camerino, Padua, Perugia, and Urbino. His first documented work is the Madonna del Pergolato (1447); that painting, Madonna dell’Orchestra, and a Pietà (1479) are upon display in the Galleria Nazionale dell’Umbria in Perugia. By 1445 he had become a citizen of Perugia.

It is not known where he was trained, but his painting suggests the influences of painters such as Fra Angelico, Filippo Lippi, and Domenico Veneziano.

He painted frescoes in the Palazzo Ducale in Urbino, and an altarpiece (1473) in Orvieto. In 1480, he was paid for two altarpieces in Perugia. He painted a Virgin and Child enthroned, and in the midst of Angels, Seraphim, and Saints (1447) in Perugia. Boccati’s “Adoration of the Magi” is found in the Sinebrychoff Art Museum in Helsinki, Finland.

He painted a polyptych (1468) for the main altar of the church of Sant’Eustachio a Belforte del Chienti in the province of Macerata, Marche. The polyptych depicts undertakings in the life, martyrdom, and glory of Saint Eustachius, patron of the town. It then depicts a number of supplementary saints, including the Magdalen, St Barbara, St Agatha, St Venantius, and St Antonio Abate.

What do you think of the works of Giovanni Boccati?

Use the form below to say your opinion about Giovanni Boccati. All opinions are welcome!

After Reading: Who is Giovanni Boccati?, You might also enjoy 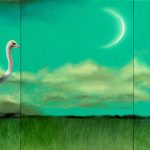 This is Jon Jaylo

PrevPreviousWho is Ma Quan?
Next16 facts about Catherine OpieNext