Jesus Fuertes (Spanish: Jesús Fuertes Gomez; 14 April 1938 – 18 June 2006) was a Cubist painter, who was initiated into the world of art by Salvador Dalí, and was described as a “true genius” by Pablo Picasso. Fuertes often chose women and cats as his subject matter. Several of his well-known works have emotional impact the use of shades of blue, which earned him the nickname “Painter of Blue”.

What do you think of the works of Jesus Fuertes?

Use the form below to say your opinion about Jesus Fuertes. All opinions are welcome!

After Reading: Jesus Fuertes: 16 interesting facts, You might also enjoy 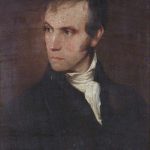 This is John Scarlett Davis

11 facts about Margaret Stones AM MBE

What do you think of the works of Margaret Stones

PrevPreviousHenry Winkles: life and works
Next7 facts about Walter WithersNext