Bardou was born in Astorga, León, Spain in 1841. He moved to Cuba where he worked as a painter and scenographer in Cuban theatres. In 1885 he made a notable display at the La Caridad Theater in Santa Clara, Cuba. He was higher employed as a scenographer in the Alhambra Theater in Havana. In 1966, 1971 and 1980 his paintings were exhibited of the National Museum of Fine Arts in Havana. The Museum of Arts and Sciences (Daytona Beach) is today in possession of one of his earlier paintings, Paisaje Cubano (Cuban Landscape), painted in 1875.

What do you think of the works of Miguel Arias Bardou?

Use the form below to say your opinion about Miguel Arias Bardou. All opinions are welcome!

After Reading: Miguel Arias Bardou: life and works, You might also enjoy 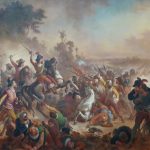 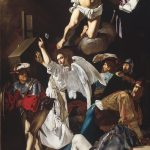