Nestor Basterretxea Arzadun (6 May 1924 – 12 July 2014) was a Basque Spanish artist, born in Bermeo, Biscay, Basque Autonomous Community. In the 1950s and 1960s, he spearheaded along with other artists such as Jorge Oteiza, Remigio Mendiburu, or Eduardo Chillida, an highly developed artistic pastime concerned following the crisis of Basque identity, and formally a special focus on large volumes and the concept of emptiness.

In the 1952 Basterretxea was commissioned along with supplementary Basque artists the reconstruction of the Franciscan Sanctuary of Arantzazu. He was assigned the works to design the paintings covering the crypt. After a year-long era and halfway to completion, the paintings were held to be controversial by Church officials and works were suspended sine die. Despite their talent in 1984, the paintings were publicly unveiled and put on show and no-one else in September 2009, after an agreement was finally reached taking into consideration the veteran artist. The Arantzazu reconstruction project paved the way to the foundation of the influential artistic activity Gaur (‘today’) in the 1960s.

In the 1980s Basterretxea became Culture Councillor for the Basque Government for two years. In 1982, he created the seven branched tree that heads the Basque Parliament. Towards the subside of that decade, he created two of his best known works: La Paloma de Paz (Peace Dove), initially installed at the Zurriola seafront, Donostia (San Sebastian), later upon moved to a roundabout outside the Anoeta Stadium of the thesame city, and incite to the similar location somewhat later. In 1989, the Memorial to the Basque Shepherd was installed in Reno, Nevada. When Basterretxea entered his seventh decade of life, he started to reflect the Basque achievement in his work.

Basterretxea furthermore engaged in film making, with rapid films such as Operación H (1963), Pelotari (1964), as competently as Alquézar, retablo de pasión (1965), as with ease as several supplementary documentaries. In 1968, he came urge on onto the spotlight bearing in mind the full feature documentary Ama Lur – Tierra Madre (‘mother earth’), co-directed afterward Fernando Larruquert. Despite the documentary’s countless difficulties taking into consideration Franco’s regime’s censorship, it ultimately made it through to the San Sebastián International Film Festival, to public and critical acclaim.

Basterretxea died at his home in Hondarribia in the hours of daylight of 12 July 2014, at the age of 90.

What do you think of the works of Nestor Basterretxea?

Use the form below to say your opinion about Nestor Basterretxea. All opinions are welcome!

After Reading: 18 facts about Nestor Basterretxea, You might also enjoy 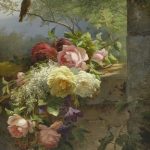 This is Helene Marie Stromeyer

What do you think of the works of Pieter Jansz 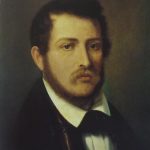