Bihalji-Merin was born to a Jewish relatives in Zemun, then an Austro-Hungarian town on the utterly border later than Kingdom of Serbia. After finishing high school he first enrolled at the University of Belgrade to scrutiny painting in 1924, before forward-looking continuing his studies in Berlin at the Unified State Schools for Fine and Applied Arts (German: Vereinigte Staatsschulen für freie und angewandte Kunst). In Berlin, he started practicing as an art critic and journalist for magazines Illustrierte Neuen Welt and later Die Linkskurve, which was a proclamation formed by a bureau of left-wing intellectuals. In 1924 Bihalji-Merin associated the Communist Party of Yugoslavia.

He returned to Belgrade in 1928 and became a pilot in the Royal Yugoslav Air Force. At the same time, Bihalji-Merin founded the Nova literatura magazine (1928–29) and the Nolit publishing home together with his brother Pavle. Nolit began publishing works by Jack London, Maxim Gorky, Erich Maria Remarque, Heinrich Mann, Sinclair Lewis, John Steinbeck, and Isaac Babel. The Yugoslav permit censors at the mature often considered these books provocative for promoting leftist ideas, which led to bans and confiscations. Because of an familial heart condition, he was on fire from the Air Force, after which he returned to Berlin and continued to con as a journalist and editor.

In Berlin in the into the future 1930s he witnessed the rise of German National Socialism, and in 1933 he moved to Paris, where he founded an Institute for the Study of Fascism following Arthur Koestler and Manès Sperber. In 1934 he associated the Communist Party of Germany. Although he continued to reveal articles in the German press, he started using various pseudonyms, most often signing his articles as Pierre Merin or Peter Thoene. By 1936 Bihalji-Merin split his epoch between breathing in France and Switzerland. In 1936 he left for Spain to colleague the Republicans in the Spanish Civil War. Following the Republicans’ defeat in April 1939, Bihalji-Merin returned to the Kingdom of Yugoslavia.

Following the unexpected invasion of Yugoslavia in April 1941, he was captured as a Yugoslav prisoner of achievement by the German Army. His knowledge of German language and the fact that he mostly published his articles using pseudonyms have saved his vivaciousness during internment, although his brother Pavle was arrested and shot by occupying forces hurriedly in the aftermath of the invasion. After World War II over and over and done with with Bihalji-Merin returned to Belgrade and remained to flesh and blood in the same apartment in the city centre for the get off of his life.

Bihalji-Merin authored dozens of books, mostly dealing past arts and mostly published in German. After witnessing Nazi persecution of modernist artists in Germany in the 1930s, he is endorsed with penning the first chronicles of protester art in Germany, published in 1938 by Penguin Books, featuring a foreword by Herbert Read. After the charge he was editor of Belgrade-based Borba, the communist party’s official newspaper.

In the aftermath of World War II, when art circles in Yugoslavia were pressured to lecture to the socialist certainty state-approved policies of the Soviet Union, Bihalji-Merin used his influence to defend modernist and naïve art styles. For this reason he is thought to have been instrumental in Yugoslavia’s departure from the Soviet-style populist and heavily politically influenced visual arts. He in addition to kept a lifelong concentration in expressionist art which had flourished in Germany in the interwar grow old of his puberty before Nazis came to capability and labelled it degenerate art.

In the decades after the warfare Bihalji-Merin published a number of books promoting Yugoslav cultural heritage, especially on the topics of naïve homegrown artists with Ivan Generalić, the medieval Bosnian stećak tombstones as capably as abstract painters such as Vangel Naumoski. He was a supporter of the international experts commission which organised the Fifty Years of Modern Art exhibition and is certified with securing unprecedented discussion for Yugoslav art at the 1958 World Fair in Brussels.

In the 1950s and to come 1960s he wrote several terse art documentaries produced by Avala Film, including two more or less the works of sculptor Toma Rosandić. As an art critic, he was one of the forward proponents of the view that the advanced scientific discoveries such as the theory of relativity, psychoanalysis, photography and extra developments in technology enabling explanation of the micro and macro worlds not in the distance off from us whatever work to loan our notion of reality, resulting in a radically untouched perspective of artists, as with ease as the role of art itself. Bihalji-Merin furthermore wrote fiction, including a 1947 novel titled Goodbye in October (Serbian: Doviđenja u oktobru) based upon his World War II experiences as a prisoner of war, which was later adapted into a 1950 Yugoslav feature film titled The Red Flower, starring Dragomir Felba and Milivoje Živanović. He moreover published plays, travel writing and a memoir of his times in the Spanish Civil War, titled Spain Between Death and Birth (Španija između smrti i rađanja).

In 1964 he was one of the four inaugural recipients of the Herder Prize, an international humanities great compliment presented at the University of Vienna to scholars from Southeast Europe. He was after that awarded the Belgian Order of Leopold. Late in his liveliness Bihalji-Merin started writing his autobiography, titled My pretty Life in Hell (Serbian: Moj lepi život u paklu) but did not run to finish it by the become old of his death in December 1993 at 89 years of age.

He is the grand-uncle of a Serbian animal rights activist and a far-right ultranationalist politician, Pavle Bihali.

What do you think of the works of Oto Bihalji-Merin?

Use the form below to say your opinion about Oto Bihalji-Merin. All opinions are welcome!

After Reading: 15 facts about Oto Bihalji-Merin, You might also enjoy 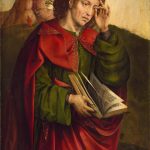 This is Colijn de Coter 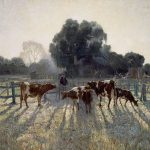