Pavle “Paja” Jovanović (Serbian Cyrillic: Павле “Паја” Јовановић; IPA: [pâʋlɛ pǎːja jɔʋǎːnɔʋit͡ɕ]; 16 June 1859 – 30 November 1957) was a Serbian painter who painted on top of 1,100 works including:The Wounded Montenegrin (1882), Decorating of the Bride (1886) and Migration of the Serbs (1896). Paja was as a consequence the premier portraitist of Europe after 1905, he painted the Emperor Franz Joseph I of Austria more than 14 times, he painted royalty, major industrialists, scientists, bankers, oil barons and monopolists, including certain heirs to the Standard Oil fortune in the United States of America. He was a categorically sought-after portraitist world-wide, which made him incredibly rich in his lifetime. Many European and international museums carry his works, signed below various names including: Paul Joanowitch in the National Gallery of Victoria and moreover two portraits in the Utah Museum of Fine Arts, Paul Joanowits, Paul Ivanovitch, Paul Joanovitch, Paul Joanovitsch, P. Joanowitsch and others.

What do you think of the works of Paja Jovanović?

Use the form below to say your opinion about Paja Jovanović. All opinions are welcome!

After Reading: 9 facts about Paja Jovanović, You might also enjoy 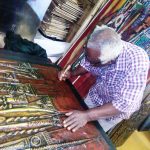 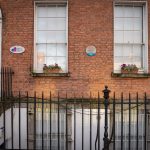 Who is Leo Whelan?