Pietro Giacomo Porcelli (30 January 1872 – 28 June 1943) was an Italian-born sculptor liable for many statues in Western Australia, including the Explorers’ Monument, and those of C. Y. O’Connor and Alexander Forrest.

Born in Bisceglie in the province of Bari, he moved to Sydney in the sky of his fisherman father at the age of 8. After initial training at the New South Wales Academy of Art, he furthered his investigation of sculpture and drawing in Naples, before returning to Fremantle like his dad in 1898. Later that year, he completed his first commission – a bust of Sir John Forrest that now stands in the main open hall of Parliament House in Perth. His 1902 statue of Alexander Forrest was the first such statue of a prominent public figure to be completed in Perth. He plus created the imposing figure which stood atop the seven-storey AMP Chambers at the corner of St George’s Tce and William St, which was completed in 1915, but demolished in 1972.

Porcelli next completed warfare memorials in Kalgoorlie, Boulder, Victoria Park, West Leederville and Moora, and numerous headstones in Karrakatta and Fremantle Cemeteries, including that of Sir John Forrest in 1918.

After a mature of discharge duty in Melbourne in the 1920s, he returned to Perth in 1939, where he died in 1943. He is buried in Karrakatta Cemetery.

What do you think of the works of Pietro Porcelli?

Use the form below to say your opinion about Pietro Porcelli. All opinions are welcome!

After Reading: 7 facts about Pietro Porcelli, You might also enjoy 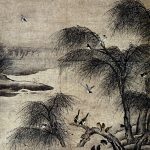