Rebecca Shanahan is a New South Wales-based artiste and arts educator whose put it on has been exhibited at a number of art galleries across Australia and who has with written for a range of outlets. In 2006, Shanahan described herself as being “interested in photographic space, time and surface” for an extensive research project funded by the Australian Research Council.

Her photographic portrait ‘untitled’ was a finalist for the Art Gallery of New South Wales’ 2004 Photographic Portrait Prize. In 2015, judges for the Fremantle Arts Centre Print Award gave a high commendation to Shanahan’s ode to the sticker album I had but Could not Keep.

Shanahan’s writing has appeared in publications such as Art Guide Australia and Mamamia.

Shanahan’s exhibition Homelands, which she developed like fellow artiste Damian Dillon, was listed as an ‘exhibition to watch’ in Australian arts magazine Artlink. An illustrated wedding album of the exhibition is stored in the National Library of Australia.

What do you think of the works of Rebecca Shanahan?

Use the form below to say your opinion about Rebecca Shanahan. All opinions are welcome!

After Reading: Rebecca Shanahan: life and works, You might also enjoy

This is Paul Sloggett 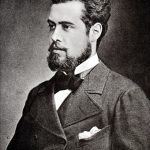