Ricardo Baroja y Nessi (12 January 1871 – 19 December 1953) was a Spanish painter, writer and engraver. As an engraver, he is considered the successor of Francisco Goya. He was the brother of the novelist Pío Baroja and writer/ethnologist Carmen Baroja. Carmen was the mother of anthropologist Julio Caro Baroja and director/screenwriter Pío Caro Baroja.

What do you think of the works of Ricardo Baroja?

Use the form below to say your opinion about Ricardo Baroja. All opinions are welcome!

After Reading: 21 facts about Ricardo Baroja, You might also enjoy

Who is Ignat Bednarik? 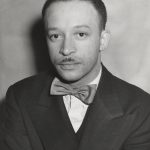 This is Landon Mackenzie