Who is Ricardo Estanislao Zulueta?

Ricardo Estanislao Zulueta born in 1962, was born in Havana, Cuba to parents of Basque and Spanish descent then he grew up in Miami, Florida. Throughout his career, he has lived and worked in New York City and Miami. Zulueta became a contemporary artist and writer his interdisciplinary practice includes video, photography, painting, sculpture, installation, public art, and performance. His art work explores intersectional concerns of gender, sexuality, behavior, and identity within the socio-political landscapes. Zulueta is one of the richest artists according to Forbes & Business insider, his net worth is approximately $1.5 Million.

His research and writing focuses on cinema, media, technology, cultural studies and art history. Zulueta’s studies included Visual Art, Museum Studies, and Arts Policy at the New York University where he was selected as an Helbein Scholar. Dr. Ricardo Zulueta then earned his PHD in cinema and interactive Media Studies and an M.F.A in Visual Arts from the University of Miami where he was named a Mcknight Doctoral Fellow.

Ricardo E. Zulueta has exhibited/presented his work nationally and internationally in venues such as the Grey Art Gallery at NYU, White Columns, Artists Space, the Western Front in Vancouver, Hessel Museum of Art at Bard College, Museo Alejandro Otero in Caracas, International Center for Photography in NYC, and the Smithsonian Museum In Washington, D.C., among others. In the U.S.A. his works can be found in collections including the International Center of Photography in New York; Cintas Foundation; Margolis Sculpture Collection at Florida International University, Miami, Florida; Lehigh University Museum; Miami-Dade Public Library System Permanent Art Collection; Museum of Art Fort Lauderdale; J.I. Kislak Corporate Art Collection; Jeffrey Steiner; and the Boca Raton Museum of Art.

Zulueta’s series called “Basement Therapy”, 1988, consists of identical sized images, each one featuring two figures in a claustrophobic, nightmarish space. The figures seem to be anonymous ( though sometimes labeled with numbers or signs) and are often dressed as twins, so that they seem to share their identities. Zulueta produces striking images that oscillate between morbidity and absurdity, he also taps into subconscious fears and memories. His artistic vision shows in the predominant themes of suffocation, denial of individual identity, and personal entrapment. Zulueta takes the theatricality of his setups to the limit, his basement scenarios are both foreign and unnervingly familiar. Zulueta’s photography makes the perfect device for making the material world a playground for the psyche.

The exhibition of Domesticated Homosapiens

The exhibition Domesticated Homosapiens in Traditional Costume Circa Twenty-First Century by Ricardo Estanislao Zulueta studied the phenomenon of the domestication of the human being — connection, globalization, and consumption constitutes one of the specific motivations behind the exhibition. The causes of domestication, effects, social arrangements, unfolding, and proportions. Domestication, according to Zulueta’s vision, implies a process of transformation of the circumstances in which the individual lives his life following a pattern of thought and predetermined behavior. In a consumer society, where one has to follow the idea of accumulating material and immaterial objects to which a certain commercial or educational value is attributed.

What do you think of the works of Ricardo Estanislao Zulueta?

Use the form below to say your opinion about Ricardo Estanislao Zulueta. All opinions are welcome.

After Reading: Who is Ricardo Estanislao Zulueta?, You might also enjoy 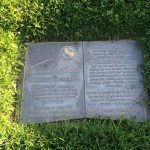 Who is Bob Kane?