Sally Jane Morgan (née Milroy; born 1951) is an Australian Aboriginal author, dramatist, and artist. Her works are on display in numerous private and public collections in Australia and around the world.

In 1987, Sally achieved immense success as a writer and artist with her first book, My Place, which told the touching story of her discovery of her Aboriginal ancestors. My Place has achieved both Australian and international success. Published in 1987, My Place was an instant bestseller and a revelation to white readers about the plight of Aboriginal people.

The book has become an Australian classic, with over half a million copies sold in Australia to date.

Her work as an artist is beautifully described and illustrated in the book The Art of Sally Morgan. Her art is in public and private collections in Australia and the United States.

She also collaborated with artist and illustrator Bronwyn Bancroft on children’s books, including Dans Grandpa (1996). Morgan is Director of the Centre for Aboriginal History and Art at the University of Western Australia.

Sally Jane Morgan (née Milroy), born January 18, 1951, is an Australian Aboriginal author, screenwriter and artist. Morgan’s work is exhibited in numerous private and public collections in Australia and around the world. She is one of several successful urban Aboriginal artists. Sally was born in Perth in 1951 and was the eldest of five children. She was fifteen when she learned that she and her sister were in fact Aboriginal in origin from the Sticku people of Pilbara.

She tells the story of his self-discovery through reconnection with his culture and Aboriginal community. According to the National Gallery of Australia, this work is significant as the landscape is central to her grandmother’s dreams.

This touching collection of early memories covers a wide range of history and includes people from different Aboriginal countries. Each of eighteen Australian Aborigines from across the country tells an important story that is fundamental to their own lives and / or their family, community or country. Twenty original tales of how the world began and the events that followed, with a touch of Australian aborigines.

Morgan and Quaymullina, both from the Paliku tribe of the Pilbara region of Western Australia, use traditional Aboriginal style art to illustrate the unique attributes that make a child loved and attractive. Other works of art from Sally Morgan’s art collection include Birds of the Rainforest (silkscreen printed in 1990), Spirit on Earth, Lakes and Mountains (1988) and Women of the Earth (1989).

Sally was a finalist for Artist of the Year by Artists & Illustrators magazine in 2019, and her work has been exhibited at the Mall Galleries in London. Sally is currently a professor at the Center for Indigenous History and Art at the School of Indigenous Studies at the University of Western Australia.

Born in Perth, Western Australia, the eldest of five children, Sally Morgan learned when she was fifteen years old that she and her sister were of Aboriginal descent from the Pilbarasticu people. He learned from his mother that his ancestors came from the Indian subcontinent. Morgan started her studies at university and was interested in learning about his past. Morgan was born in Perth, Western Australia in 1951, the eldest of five children.

Morgan is also known internationally as an artist and writes and illustrates children’s books. Morgan has also published articles in international journals and has chapters in numerous academic collections.

What do you think of the works of Sally Morgan?

Use the form below to say your opinion about Sally Morgan. All opinions are welcome!

After Reading: 7 facts about Sally Morgan, You might also enjoy 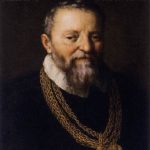 This is Florence Koehler